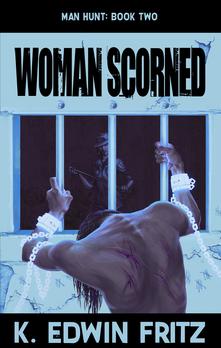 ​WOMAN SCORNED
Man Hunt, Book II
IN THIS SECOND INSTALLMENT of the "Man Hunt" trilogy, we see the organization behind Monroe's Island and watch Josie come to terms with and confront her former boyfriend and rapist, Charles. Obe, meanwhile, is thrust deeper into the prison-like atmosphere of The Family of Blue, and learns​ there is a whole other faction of men who are less numerous but even more dangerous. New characters Elton and Heather each have their own challenges to face and find their own paths to the island.