THE PERPETUALS
Every species procreates. Vampires do it by biting a human three times on three successive nights, but Benjamin Acevedos has a ‘father’ who doesn’t follow the rules. Now stuck in the mysterious city of Ash Falls as a hybrid creature tortured with the constant urge to drink blood, he must hold off asking for his next bite while dreaming of reclaiming his humanity. 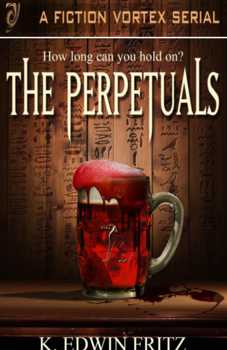