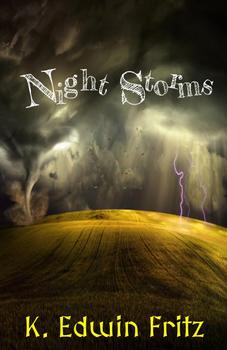 To wake from an episode of sleepwalking is disorienting. Rob Thomson wakes from sleep-driving, but that's not what makes him angry.
Riley didn't want to shoot the deer, and his uncle doesn't want to listen to the story about the book-guarding dragon. Maybe they can agree somewhere around the shadows of a campfire.
The hand of God is seen in a small town. And everybody knows how a good superstition will feed hungry minds.
Man has the greatest vocabulary of any species on the planet. But that doesn't mean dogs can't teach us a few lessons.
Farming is hard work. Fighting pure evil is harder.
A drama teacher has her faith in the lost art of the purist actor renewed. Too bad the experience might have ruined her career.
Just because you're old doesn't mean you're ready to die. And just because you're young doesn't mean you can't understand loneliness.
A trio of boys get up to mischief they cannot handle, and it becomes William Spirrol's fate to decide theirs.
Unexpectedly meeting your idol face to face is the kind of thing that would fluster most people. Scare them. But some people don't meet their idols by accident.
The greatest scientists will be remembered for all time. But after enough time, all James P. Dumer wants to do is forget.

A small town is touched by the hand of God. A drama teacher discovers a talent she can neither anticipate nor handle. A scientist is obsessed with everlasting life, and a trio of teenagers gets more than they bargained for on All Hallows' Eve. But the gamut of human emotions is deep, and K. Edwin Fritz has something for readers of every predilection- from a classic tale of a child-hating monster to soul-searching endeavors of love, self-awareness, and pride.