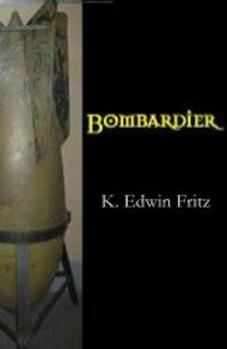 Not everyone knows it, but perpetual motion is possible. And to manage the feat you need only follow the five simple steps detailed below. But before you read on, be forewarned. Venturing into a world that defies the laws of known reality cannot be undone. It is enormous, this thing. Like an infection that never runs dry of food.


STEP ONE: GET DIRTY.

You probably fell into the tar pits thinking you actually jumped. You didn’t. Nobody does. And nobody is prepared for what’s in store when that vile, viscous blackness covers you from head to toe then gets inside. Yet once it’s done you’re on your way. Just remember it could have happened to anyone at any time. There are no true preventative measures, despite what the storybooks say.

Before this, you lived doing the best you could to avoid the stupidest of human mistakes, knowing even as you committed them that you were guilty as sin and lucky as hell when you came out clean on the other side. So you say to yourself that next time you won’t be so stupid. That you learned your lesson. But a few weeks later you stray too close to the edge and risk it again, feeling a little guiltier and a little luckier too.

And then one day your luck runs out and just like that you’re infected. You’re probably surprised at how immediate the sickness invades you. But you’re even more surprised at how much you like it now that you’ve begun your actual journey into perpetual motion. And that’s what it is, isn’t it?  A thing that produces more than it costs. A thing that grows with each passing day and will never, ever end.

And since you didn’t want this, weren’t even convinced it was really possible despite the rumors you’ve heard, you sit there with the fresh infection burning inside you and wonder how long you have to live and if there’s a way to avoid the inevitable. Or at least delay it.


Benjamin Acevedos rubbed the side of his neck as he traversed the many sidewalk squares, looking for a place he only hoped existed. His tainted life had begun just a few days before, and though he didn’t realize it just then, he was already well into the second step of becoming perpetual.

He couldn’t help rubbing his neck. The damned thing itched something mad and he didn’t care that the skin there was turning slowly redder as the minutes passed. But that wasn’t the contagion. That was just his fingers and palm irritating the surface, and the surface was not the problem.

His eyes flicked quickly from storefront to storefront, studying each one in the millisecond he allotted it, seeing nothing of value and growing ever-more frustrated. His gait had been just as quick and fluid when he’d left his apartment more than an hour before, but now it was slowing, appearing almost casual despite his little limp. There had simply been too many blocks, too many windows, too many names to read without any coming close to matching the one he had written on the slip of paper in his pocket. He was coming to think he’d passed the place by and would have to go home. Or that it didn’t exist. Either way, if he didn’t find it soon he’d end up searching again tomorrow. And the next day as well. And probably the rest of his life.

“Damn,” he mumbled as he rubbed his neck and looked up again to the next storefront. No good. Another Chinese restaurant, that was all.

Not that he had any idea what kind of an establishment the so-called “Bombardier’s” would be. Would pretend to be, he told himself. Though he had no address and only a guess as to the street, there was one thing about Bombardier’s that Ben was absolutely certain. Whatever it looked like from the outside, on the inside there was something else entirely. Almost like a body laced with infection.

There was a steady pressured spike in his hip now and if he went much further the limp would be more pronounced. He decided to go another two blocks. Just to 50th street, he told himself. His instinct proved a good one because with less than an eyeful of glass doors left to examine, he found it.

Bombardier’s turned out to be a very simple, very old-looking little bar and grill with a humble, dark green door just like any of a hundred others. “Damn,” he said again. But this time his voice was filled with disbelief instead of frustration.

Through the window he could see the people inside that he’d been seeking with such passion. There were close to a dozen of them, and they didn’t look any different than any other bar flies. They smoked. They drank. They watched sports highlight on the little TV in one corner. But he knew what they really were. Infected and dying, just like him. All that Average Joe stuff was just more painting of details on the façade that was Bombardier’s Bar and Grill.

And how good they were at it!  They really did look perfectly healthy. Perfectly content, albeit in a late-afternoon-at-the-bar kind of way. Or was that why a bar had been chosen as their front?  Because their deep-set misery could be passed off so easily as Average Joe trying to drown his Average Sorrows?  Ben thought about this and decided this was not only accurate, but deviously brilliant.

He stood on the sidewalk looking in like that, afraid he would end up hating the place and he’d be truly alone, unaware that he was again rubbing at his neck. His eyes were watching the bar flies, but soon he wasn’t seeing them anymore. Instead he was remembering a large span of slate-black water. The lake from his nightmares. Too still, that water, even for the middle of the night. Too cold as well, even for late November. And far above was the thin slice of crescent moon with the screaming girl below–

He quickly shook the vision away. He couldn’t deal with that now. Instead he took a breath and stepped toward Bombardier’s green front door.

“Damn,” he whispered as his left hand reached up toward the door. Meanwhile his right was… well, where else?  Rubbing the side of his neck, trying to clean the dirt. Trying to stop perpetual motion.
​

BOMBARDIER
​Ben Acevedos is having the worst few days of his life, and he's searching for a very unique group of people who he thinks can help him... if they even exist, of course.
In his dark and fantastic quest, he also learns the 5 simple steps he can take to achieve the holy grail of renewable energy: perpetual motion.
But the guidance Ben seeks and the people of this famed machine are equally misleading. After all, when a single wrong word can kill you, it's hard to concentrate on daily life.
View on Mobile